Recently I’ve reverted to being a big kid. I’ve hardly been out on a “proper” ride and it’s been weeks since I took my road bike out with the local club. Am I bothered? Not really. I’ve been having an ace time just messing around in the woods, practising jumps, sorting my cornering technique, laughing at mates attempting the same…

I’ve had no any objective to get anywhere in terms of riding time/speed/mileage but I have set myself goals. This is actually more than I do on a “proper” ride, so has been enormously satisfying.

For example a couple of weeks ago I went to Farmer John’s downhill park at Marple Bridge. I was a little intimidated at first since I’m far from a downhiller. My mate pointed me to a tabletop bridge and suggested we try and jump over it. I thought he was having a laugh since it was nearly 20 feet long! The goal was set and we got on with it.

I landed short as expected, but each jump got me a little closer to the other side and this gave me the confidence boost to genuinely think I could do it. After 6 or 7 attempts I blooming well nailed the thing and was chuffed to bits. Even better, I went back the following week and did it over and over again.

Goals. It’s great when you reach them. “Messing around on bikes” can progress your riding just as much if not more than a “proper” ride.

Chris Akrigg is superb. So much talent on the bike and always makes an entertaining video. Truly inspiring.

After a fairly lazy winter with not much road riding and certainly not much distance riding, I rather foolishly “prepared” for the Leek CC Reliability ride with a night in the pub and not enough sleep. Went to bed at 9:30pm last night after nearly falling asleep in the bath and still so so tired today.

Hilly, windy and hard work for an unfit Dan.

Now that a bit of sunshine is appearing and the days are getting noticeably spring-like, I thought it’s be good to dig out some footage of what summer days are all about. Here’s my beautiful boys enjoying some riding on the Tissington Trail. James is on a specially made trike to help him with his balance.

The music is my own composition using the Figure App on the iPhone.

This was an amazing sight. 100,000 or more starlings at Cavendish Mill near Stoney Middleton in the Peak District. Despite promising myself I would watch rather than film, I did relent and get some footage. Truly stunning.

We got a new trike for James a few weeks ago. He’s loving it and I’m sure it helps him feel more independent being able to zoom around with his brother Toby. It could do with smaller gears for the ups and bigger gears for the downs; I don’t think single-speeding is for James. Here’s a taster of some of his adventures so far.

I’d lost interest in blogging for a while. I couldn’t quite workout where it fitted in between social media, especially since no one really reads this stuff I write! 🙂

The thing is, this site is a good way to bring together my Tweets and my Flickr photos, so I suppose it makes sense to keep it up to date. With that in the forefront of my mind, here’s a fun little video I made following a recent tandem skydive I did with the Red Devils.

I was in the airport looking at tablets the other day. After a quick play on the new iPad I turned my attention to the competitors to see if they were worthy or not. Now I wouldn’t call myself overly techy, but I can find my way around most gadgets, but not one of those tablets could I turn on. Maybe they weren’t charged. Maybe they weren’t plugged in. Regardless of all that, it made me think that maybe the tablet playing field isn’t level. Apple have become ubiquitous with tablets. Is it because they are marketed and presented so well in so many shops, yet the competition are often bundled next to each other and won’t even turn on. Is it any surprise that people turn to the iPad?

I blogged a couple of times about my fight with Apple, and in particular iPhoto. I just could not get it set up to work the way I wanted, which I didn’t think was particularly specialist and “out there” and indeed worked fine for me with other software such as Google’s Picasa. In the meantime I read of a variety of other Apple users’ experiences and noted a recurring theme: “Don’t fight the Apple way”. In recent weeks I’ve taken this advice on board a bit more and tried to fit into the Apple “eco-system” rather than try and tweak it to my needs. Irritating as it was to give up in this way, the results are so far promising.

iPhoto was the biggest irritant in my Apple experience. Ignoring the niggly bugs and occasional hanging, there was the big issue of being unable to easily and reliably share photo libraries across the user accounts of my wife and I. This was a showstopper for me and the only thing stopping me reverting back to Picasa was the effort involved in re-organising my photos from the iPhoto mess into meaningful folders. This is because iPhoto’s default settings mean photos are imported into a proprietary folder structure based on date and are almost unnavigable without iPhoto. I could go on about this but that would miss the point of this post. What is relevant is that my lack of action meant that I had a load of photos on my iPhone that I didn’t want to import just in case I ended up going back to Picasa.

Last night I decided enough was enough and just got on with importing my iPhone pictures into iPhoto, probably prompted by the near disaster of dropping my iPhone above a brick hearth and only just catching it before the crash. I’d worry about Picasa another day.

Frankly it was a revelation. It’s not like I’d not done this before, but I was reminded how beautifully simple it was to import, organise and edit. OK, so the facial recognition is a bit weak but otherwise iPhoto was on this occasion a real pleasure to use. I wanted to organise my photos. I was enjoying it for a change.

Does it still grate me that the underlying folder structure is going to be a real pain to migrate if and when I want to move away from “The Apple Way?” No doubt. Does it pain me to give up on the idea of a shared photo library? Absolutely. Am I overall a happier Apple user for conceding on these points and going with the Apple flow?

There’s talk up and down the country about town centres dying. Many many people have written about this so I’m not going to add too much more. I do have a grumble though. I enjoy shopping in my home town – Leek – because it still has a good selection of independent retailers bucking the trend against chain store and internet domination. Why oh why then do they not do themselves a favour and provide the good service that we want and expect?

I don’t mind paying a bit extra or having a smaller product range provided I get the service seemingly only possible from a small business owner. It’s their livelihood and they (should) care about looking after customers. Today I went in two independents, both of which were too busy on their computers to even say hello. Come on, give me a reason to spend money in your shop, not a reason to turn to Amazon and co!

On a positive note, the lady in Mr Simm’s Olde Sweet Shop was superb, helping my 3 and 5 year olds spend their few precious pence. Well done, THAT’S the service that will keep me spending in my high street. 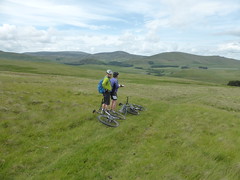 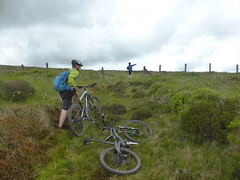 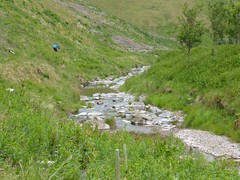 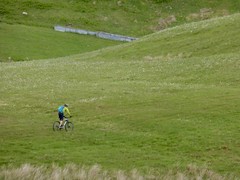 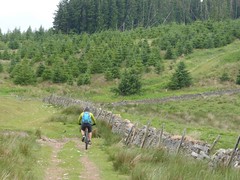